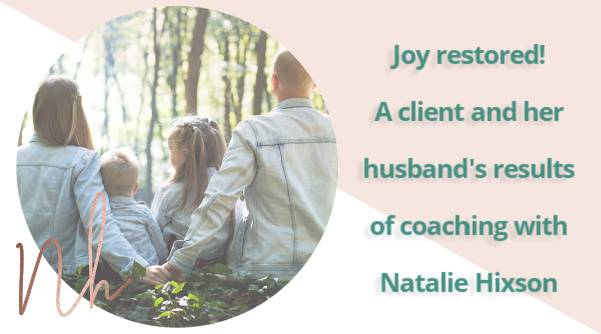 Before my wife, Meagan, began coaching with Natalie, I felt like it was my responsibility to make sure I was there to be a buffer between Meagan and her triggers.

I felt “on alert” most of the time. When she was triggered I felt I had to be there for her to protect her and also our kids. At the same time, I didn’t want to take the side of our kids because she and I are a team.  I didn’t want there to be a “good cop bad cop” dynamic in our family.

Today, post-coaching with Natalie, I believe we face the same challenges now, but we can process them much more quickly, and before they escalate.

Prior to Meagan working with Natalie, we had been going through a very difficult and stressful time in our life – the birth of a child, switching careers, selling a house, and moving to a new town.

Meagan’s behavior was surprising and out of character for her. I thought the transitions were the source of her frustrations. But the roots definitely went deeper than that.

As the behavior continued, I would feel frustrated and angry because I couldn’t help or stop it.

For a period of time, I’m sad to say that it was really hard for me to be around her…

…because I didn’t want to endure her hijacks or talk about the issues with her. She brought them up a lot because she always feels bad after she’s triggered.

Those conversations were exhausting for me because I knew we were going to have the exact same conversation in a day or two.

I think one of the biggest frustrations for me personally was that we had virtually no physical or sexual intimacy.

It was really hard to continually be pushed away when I wanted to be with her and that made me feel like I was a bad husband who wasn’t attending to the things she wanted and needed from me. I eventually stopped talking about it because I was tired of hearing no.

Since we’re married, I felt like her struggles became mine.

Her issues became my issues, so I felt responsible to help her, but I really couldn’t. That was frustrating and exhausting for me until I realized that I simply can’t do all of that.

I can’t fix her but I can encourage her, support her, and continue to love her.

That realization was a freeing thought for me, and a couple of weeks later she talked to me about this program.

As Meagan began to go through the program and work with Natalie, I noticed Meagan begin to understand herself more – what her triggers are, and what past wounds may be causes for her triggers.

She has always been pretty hard on herself, so feelings of guilt or shame seemed to compound onto her anger and exhaustion.

At times, she was able to look at these things almost as if she was outside of herself and reflect on them with clarity. I noticed that once she labeled her triggers, she was more prepared for them and got through them more smoothly and with more tact.

I also noticed that she began to stand up for herself more because she set boundaries and had the dignity and self-respect to admit that her struggles were a result of wounds from the past.

I’m really proud of Meagan for going through this program, and I’m especially proud of her for how fiercely she’s trying to end certain generational sins from her past.

Her humility to apologize to our kids every time she’s triggered is a really big deal.

She’s learned so much about herself and she has the confidence to talk about these things with her family. She has always been wise, and people have always listened when she speaks, but now I think people sense a certain authority because she has confidence and assurance.

I think Natalie’s program was a major influence in helping Meagan grow her confidence and self-assurance.

She’s able to speak with a gentleness about tense family situations because she has a much better understanding of all of the dynamics.

Our kids, who also experience what we like to call “big feelings,” have also really benefitted from Meagan going through the program because she can coach them through it.

The tools she learned in the program she shared with our kids. In the past, those big feelings often brought other big feelings from someone else into the situation.

Now instead of escalating together, we do a better job of calming down together.

There was a period of time in our marriage where I wondered what happened to the Meagan I proposed to and married.

I thought it was sort of a normal thing that all married couples wrestle with – the honeymoon phase is over, kids and stress come, and we’ll get used to it. But neither of us were ok with how things were.

We were committed to each other and our marriage, but we didn’t know how to take the next step.

As the anxiety and exhaustion mounted, we grew farther apart. There wasn’t a whole lot of intimacy on any level. Sometimes it even felt hard to be friends.

About 3-4 weeks into the program I noticed a sort of “untying of knots” in both me and Meagan.

We talked about these struggles differently. We were more patient with one another, and there was less tension in the home.

I’m glad that Meagan has gotten the help and tools she needs because I certainly couldn’t have done that for her.

I’m really happy to say that, even though our lives are the busiest and craziest they’ve ever been, we’re facing it head-on together.

We’re both excited to date each other and our intimacy on all levels is coming back, which is very refreshing.

I supported Meagan in her interest in this program from the moment she brought it up to me.

But for any husband who is “on the fence” about if his wife should join this program, I’d like to say…

As someone with an educational background in psychology and sociology, the term “life coach,” gave me slight reservations because I believed coaching and therapy are two different things.

Life coaching typically goes into goal setting and improving oneself, whereas therapy delves more into emotional and mental health and healing.

Also, I think people often too easily claim the title as a coach, and so it doesn’t mean as much to me when someone says they’re a life coach vs. a therapist or counselor.

Needless to say, I felt that Meagan needed more healing than coaching, so I didn’t know what to expect when she signed on, but I supported her in this nonetheless.

Any husband out there is on the fence about his wife going through a program with a “life coach,” which I feel is sort of a nebulous term that could mean a lot of things, I’d say that I appreciate his concern. But I’d tell him that this life coach (Natalie) has put together an excellent program that will benefit his wife and their relationship as well as his family.

Titles or terminology should not be the reason to hold your wife back from doing this.

I’ll say this: What’s the worst that could happen?

Investing in your wife, your marriage, and your family is not the worst thing that could happen.

The financial part of this should not be the thing that holds you back. Find a way to make it happen.

Get a scholarship from your church, sell some stuff, hold off on a vacation for a bit.

In my opinion, finances are not a good enough reason to say no. You likely can’t afford NOT to go through this program.

And for any husband out there who’s on the fence with this for anything other than a financial reason, I’d probably tell him to get over himself and grow up, because he’s obviously clueless about how his wife really feels.

If your wife comes to you to talk about going through this program, she should go through the program, regardless of how you feel about your marriage or family.

I suggest he get some counseling (or coaching) too.

Be a man and support your wife through this!

Thanks, Natalie for being a friend and an encourager for Meagan through this!

– Adam J. -Husband to a client of Natalie’s and father of 3 young children.

Before I began working with Natalie I was feeling stuck in an emotional spiral. I would start out angry, then lose my temper and react poorly, then get completely lost in shame, only to begin the cycle again.

I felt so much shame. I felt on the deepest level that I was a terrible mother because of how I reacted to my feelings of anger toward my children. Because of that, I felt even angrier, and I acted like the mother I believed myself to be. Angry and controlling. Moody. Devoid of joy. What an awful place to be, and I felt completely stuck in it.

In working with Natalie I found the accountability I needed…

Accountability to spend daily time with Jesus along with the coaching I needed to retrain my thoughts so I could be the mom (and person!) I really wanted to be.

I am now on a journey of hope and restoration rather than one of despair and shame.

Breakthroughs I experienced while working with Natalie…

I learned that I am outside of other people’s thoughts and opinions of me.

I can still love someone and be detached from their emotional spirals, processing my interactions with them in a healthy way so that I don’t go down my own emotional spiral because of their actions toward me.

I learned that if I spend time with Jesus every day, it’s not only a good time of reflection and a way to honor God (as I used to think)–God actually changes the literal pathways in my brain, replacing my own critical thoughts of myself and others with his healing truth. This is the catalyst for true change.

I knew that spending time with Jesus was the way to change before going into the program, but I didn’t have such a deep understanding of why.

I didn’t have the tools that Natalie provided either, which were an indispensable supplement to my growth during the program.

If you’re seeking a toolkit for becoming the mother you want to be, one that also comes with the accountability you need to help guide you, this is it.

I was on the fence for about a year before feeling so desperate for change that I finally took the plunge and met with Natalie for the first time.

I had tried other tips and tricks before, but I knew what I needed was someone to walk alongside me and hold my hand while I worked through my feelings of anger and shame with a gaze fixed on Jesus–someone who has been through the fire before me.

Honestly, I feared I was unfixable.

After going through this program with Natalie’s guidance and God’s faithfulness to heal broken things, I now believe in the deepest part of my soul that whether in times of abundance or in times of failure, I can do all things through him who strengthens me.

Your broken parts are fixable too–you need only a willingness to learn how it’s possible.

THANK YOU SO MUCH NATALIE! Keep being the vessel of healing and change God has made you to be!

I’m Natalie, and this is where I love to share encouragement, tips, podcasts and prayers for the discouraged and burnt out mama who desires peace and joy in her home.  If that’s you, grab your fave drink, kick your feet up and get ready to find the JOY you’ve been looking for! I’m so glad you’re here!

PICK A CATEGORY BELOW 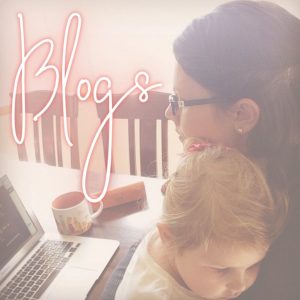 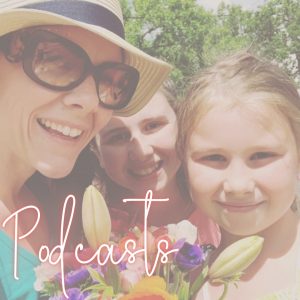 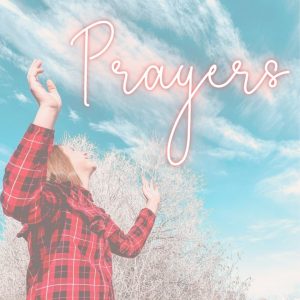